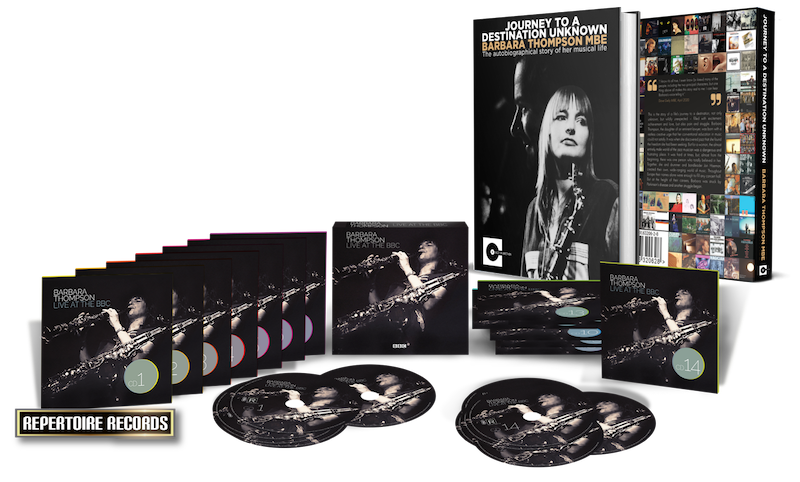 Barbara Thompson’s music career started as a teenager at the Royal College of Music in London in the 1960s, where she studied clarinet, piano, flute and composition.

Taken to a Duke Ellington concert, she became entranced by the saxophone and after meeting her future husband, drummer Jon Hiseman, in 1964, she rapidly became involved in the Jazz scene, absorbing the talents of the Miles Davis group, Roland Kirk, John Coltrane et al.

As she started performing in Jazz clubs, she felt compelled to compose her own pieces – despite opposition from local Jazz musicians, who were often more comfortable playing ‘standards’…Read more >>

This is the web home for leading British classical and jazz composer and saxophonist Barbara Thompson MBE. This site has been created to enable you to download scores and parts to Barbara’s music – free! To get started, click to see the works that have been made available so far. 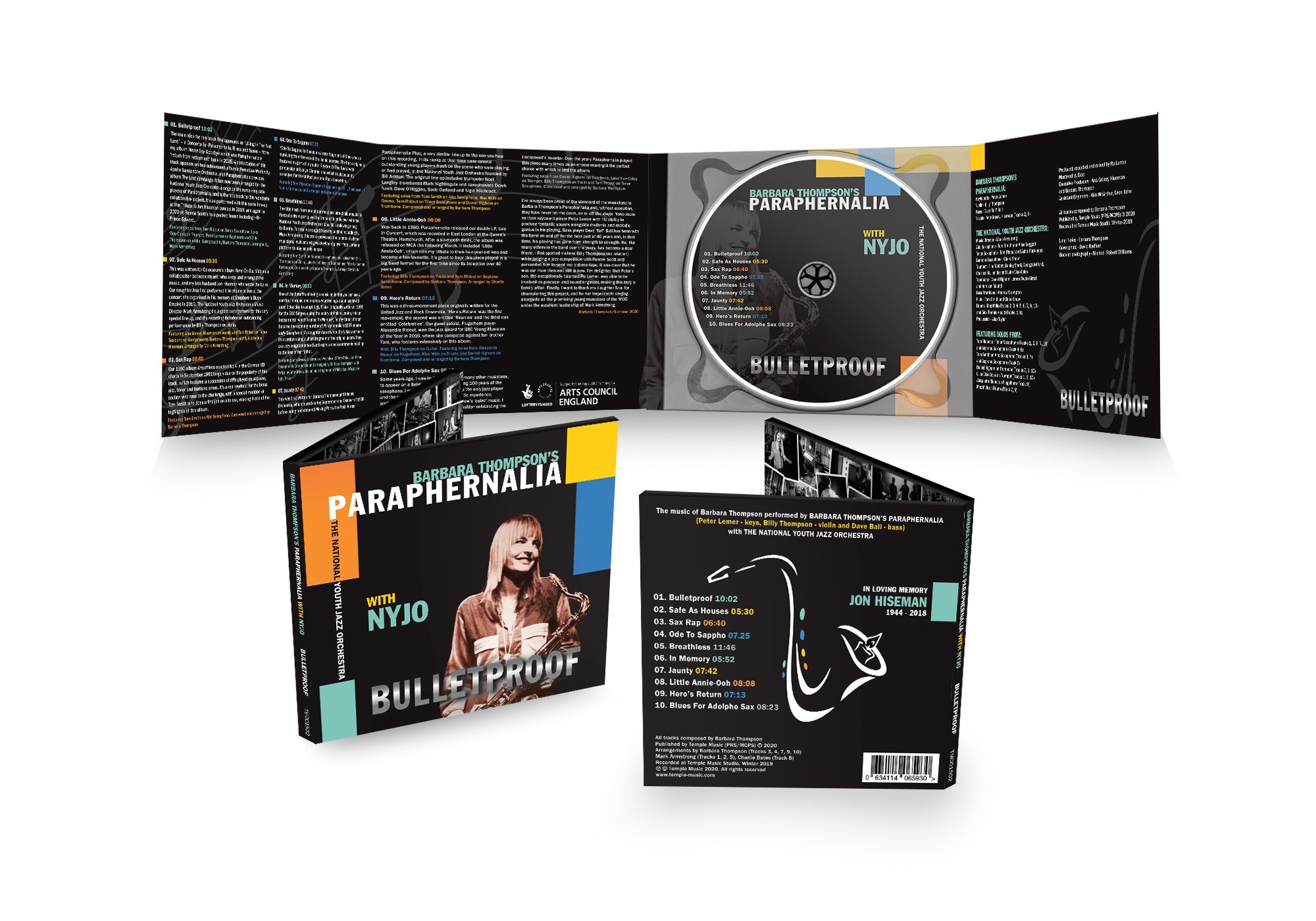 Barbara has created the music; now she wants to see it used – for fun, for study, for performance, in concert halls, education establishments – even pubs!

Barbara asks that you register before you download and that you keep us informed of any activities involving her music – and who knows, she might even turn up for a listen!

“Barbara Thompson has set a standard that only she can live up to.“

“Barbara Thompson writes and performs for the saxophone like no other. With love and unwavering respect, she cherishes the instrument when needed, challenges and pushes it beyond boundaries and shows us that in the right hands, the saxophone really is truly magnificent.”

“Barbara Thompson is not only a tenor sax specialist; she also has one of the strongest sounds around.”

“Barbara Thompson’s Paraphernalia…one of the most popular touring bands in Britain, their unique sound has been lauded in the music press. Jazz Warrior Barbara’s brilliant performances on saxophone and flute, together with Jon Hiseman’s driving percussion and drumming has gained their own jazz cult following.”

“Her solo power had strong men spilling their beer as they staggered to their feet to cheer. Indeed one particular song featured some of the finest tenor sax heard in a long time. Her tenor veered between a Getzian beauty and a King Curtis-style funkiness that earned her a standing ovation…”